Multi-faceted Nick Coyle takes all of his special talents in music, film, and TV to create unique works of art. His latest project is his song “Witness” for an animation short Caldera.

Song River: Nick how would you describe what you create and does it touch experimental or a vivid imagination?

Nick Coyle: I just like to create all kinds of music. I also do production type music for TV so I think my cinematic and rock worlds are colliding (laughed). I like experimenting with new sound combinations. There are really no rules. Especially on this newest song “Witness.” When writing it I just kind of let it take me where it wanted to.

Song River: Was the song “Witness” written for the animation short Caldera and how did the project come about?

Nick Coyle: No there’s actually no connection to it other than I saw the short film late one night and just thought it was the perfect vibe and feeling for the song. The imagery just fit.  I wanted those images tell the story of the song.

Song River: The “Witness” video is very dark in nature and the song really connects this. The spiritual vocals to the hard beat you’ve joined the whole package to disturb the viewer/listener. Tell the story behind this project.

Nick Coyle: Well (paused) it’s not really a project per se. It’s just a weird tune (laughed).  I didn’t create it to brainwash our youth or anything…(laughed)! I created the music first and just got into that whole dark world. Just vibing on that and getting in that headspace. Then for the melody and lyrics I just let the music kind of steer me toward the theme and all of that.

Song River: Nick like so many true artists your list of accomplishments is long and broad: former band member in Lifer, The Drama Club, and Stardog Champion, when this article was found at the beginning of January 2017 you were also the current frontman of Death Valley Dreams and you had your own solo project, Electracoustica.

Add to this list you compose music for television and film production company Telepictures for shows like “Crimewatch Daily” and “Extra,” along with a new company, Move Music. First can you clear up where you are on in this list of accomplishments since the beginning of this year?

Nick Coyle: (Laughed)…yeah I’ve been in a few bands. I’m also the new guitarist of Cold.  That’s actually my main thing as of Like November of 2016. So add that to the list!   I’m no longer doing the Death Valley Dreams thing. Jonny Nova the guitarist/songwriter is going to sing and front the band now. I heard some of the new stuff and it’s great!

I’ve been doing a lot of music for the TV stuff during any down time while we’re finishing the new Cold record.

Electracoustica is what I call it when I play solo acoustic shows. I play to electronic tracks with an acoustic. Hence the name. So that one’s not really a band. But yes I do a kinds of stuff. I did a hair loss commercial a few months back but that’s a story for another day (laughed).

Oh and I play a lot of Madden.

Song River: How and when did you become involved in creating music for film and television Nick?

Nick Coyle: An old friend of mine from high school actually works at Telepictures. I’ve been working for him for a few years on different projects and one thing kind of led to another. I’ve been working with them for like a year and half now. I love it.

Song River: Do you have an overall preference in what you are creating for? As some prefer animation and other television film and stories?

Nick Coyle: I don’t necessarily have a preference. It’s just always seems to be dark stuff.  The Crimewatch stuff in particular is really creepy pulsating soundscape type stuff.  It’s all fun. I just like making music.

Song River: How did the opportunity come about to be a part of Cold?

Nick Coyle: I’ve known Scooter for like 17 years now. We toured with Cold in Lifer and again in The Drama Club. He hit me up last fall and asked if I would be apart of the new record and join the band. We talked about writing something together in the past and this was really perfect timing. There’s such a great vibe within the band. It’s really been great!

Song River: The last post back in July of this year on the bandpage, Cold, gave the fans a pretty good inkling as to what has been transpiring. Where is the band now, come August with the new album, release date, videos, tour, etc?

Song River: The future holds exactly what it will. Nick what do you see on your horizons for the near and not so distant future in the realm of music for tele/film and with your music projects along with the band Cold?

Nick Coyle: Well I see the new Cold record coming out and a lot of touring in the future. We plan on going overseas too. So we’re all pretty pumped about that. We have all kinds of really great things we want to do so I look forward to making all of that happen.

As far as the TV/Film stuff, I write stuff like that all of time and would even like to expand on that and get it more film. I would love to do a horror movie. So if there’s anyone out there doing a horror movie and needs some crazy creepy ass music hit me up (laughed).  And then I’ll keep releasing songs of my own.Like I said I just love writing music and I write a lot of it. So instead of it sitting on my hard drive, I put it out for anyone who wants to listen to it. 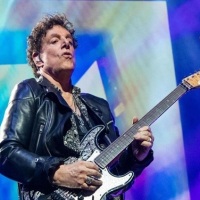 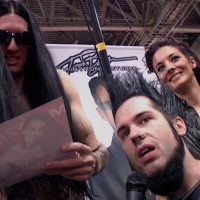 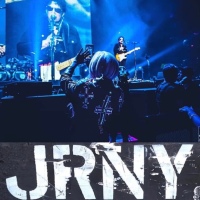 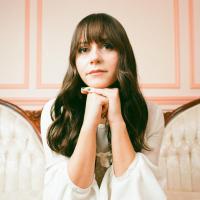