Country music superstar Luke Bryan is bringing his high energy tour to Louisville Kentucky Febuary 18th 2018. Luke will be bringing along his buddies Kip Moore, and The Cadillac Three. On his eighth official headlining tour Bryan has been setting the bar for country music since 2010 when he received his first ACM for Top New Artist.

Luke Bryan has toured the world over and sold out stadiums and venues countless times as his new tour is selling out date by date. This show is guaranteed to be memorable night! Bryan is hot off the release of his latest smash hit “I Believe Most People Are Good”. Soaring up the charts, it looks promising that it will be another # 1 single.

Luke Bryan has been on fire since his debut in 2007 with his first single “All My Friends Say”. A legend in the making is the best label for Bryan as he still runs wide open touring, and releasing albums. His latest album “What Makes You Country” was released last year and is the name of his headlining tour this year kicking off in Springfield, MO.

you can find more out about his show in Louisville at the KFC YUM Center below. 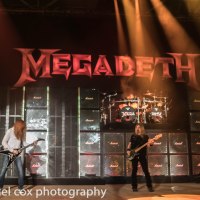