Heavy, Alternative rock band MESSER has announced the release of RE:TURN RE:VISIT RE:MIX. Originally launched by the band’s producer, Chad Gendason of Maddpants Records with popular music-production site Splice.com as a remix contest, fans inundated the band and site with hundreds of submissions, leading to a mammoth, 23 track collection of rei-maginings of the band’s 2019 released single, “Simple Man,” to showcase the talent of these diverse up-and-coming producers. Gendason worked closely … END_OF_DOCUMENT_TOKEN_TO_BE_REPLACED

Marcus Len: Who was your music guru? Shawn Perry: if you’re asking which artists influenced me the most I would probably have to say, Freddie Mercury, Sammy Hagar, and Prince… If you’re asking who personally mentored me I would have to say that would be my main guitar teacher growing up Ron Renick, he still teaching and was actually my big inspiration for becoming a … END_OF_DOCUMENT_TOKEN_TO_BE_REPLACED

It may have been frigid outside but the temperature inside The sold-out Armory was hot. Halestorm, In This Moment, and New Years Day turned up the heat for a heavy dose of hard rocking music on December 8th in Minneapolis Minnesota. New Years Day kicked the evening off with an energetic set that started with “Kill Or Be Killed”. Vocalist Ash Costello kept the crowd … END_OF_DOCUMENT_TOKEN_TO_BE_REPLACED 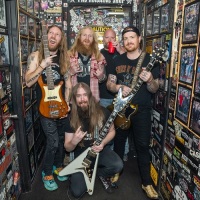 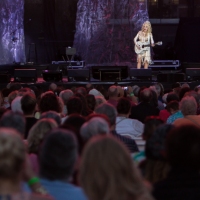