“‘The Change’ is anthemic and bold. It’s a call to arms to our listeners to not only make a change in themselves to pursue more fulfilling lives, but also to lead by example and BE the change in the world that show’s others they don’t have to be afraid to make the transformation themselves.””I can’t wait to finally release the title track of this amazing record we’ve worked so hard on.” – AWAKE AT LAST 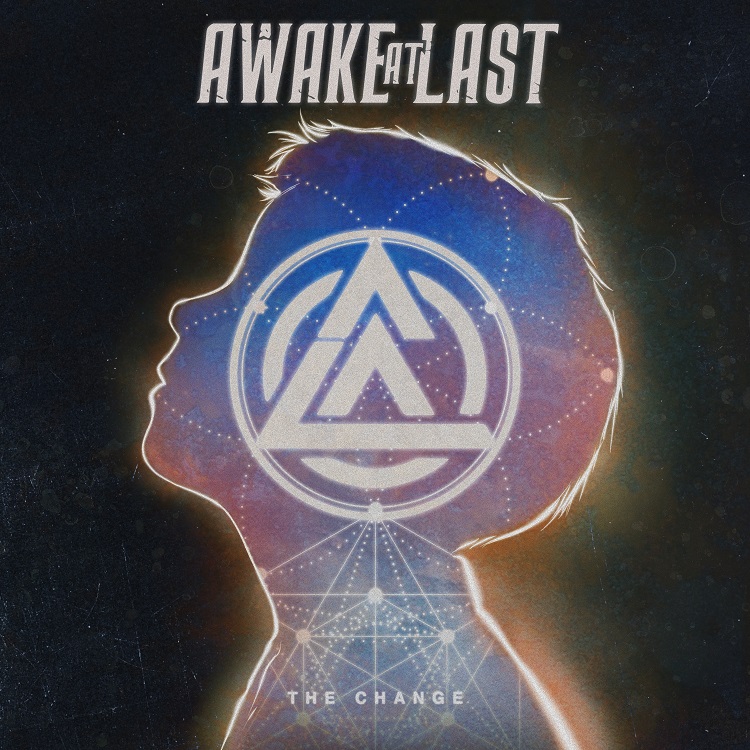 Catch AWAKE AT LAST Live with Famous Last Words, Dayshell & At My Mercy and Eyes Set To Kill & Rivals on 2019 Tour Dates

Both as a band and as individuals, Awake At Last continue to stand for positivity, spirituality, self-help and making an impact every single day. Returning with their debut full-length release, The Change, they have never sounded more confident, more energized, or been more determined to reach out to those who might be struggling in the world. The Change releases June 21st via Outerloop Records. “We pushed ourselves to our limits as songwriters,” states guitarist Imran Xhelili. “There is more variety on this record and there are songs that lean in a heavier rock/metal direction with other songs being a lot lighter and more dynamic. All of the choruses on this album have huge hooks, and there are more sections that are less guitar heavy and carried by different elements, like pianos and orchestral instruments.

The lyrics are also more direct in how they carry across the messages we have always had at the forefront of our music.” While making waves with their previous output, this combination is the sound of a band who have truly come into their own. From front to back, every song carries a message of hope. Having commenced writing for it even before the release of their Life/Death/Rebirth EP in 2016, the finished result is not something that came easily. “We all had demons we had to battle mentally and physically,” explains vocalist Vincent Torres. “You wouldn’t believe the pressure that comes down on you when you begin the process for a full length record. After we pushed through the turmoil and embraced the wonderful things that came as a reward it became pretty clear that what we had made should be called The Change. I think this is a perfect name, because it represents the spiritual evolution that we all went through.”

Having achieved a lot in 2018, including a stint on the final run of the Warped Tour – commencing the day after they finished tracking The Change – appearing on the iMatter Festival alongside Underoath and August Burns Red and opening for Asking Alexandria in Louisville, Kentucky, the band are striding into the fifth year of their existence on a high. The first taste of the record is single “Dead Generation”, which stands as a wake-up call, urging everyone who hears it to stand up and speak with their own voice, rather than becoming part of said dead generation. This perfectly represents both the band – rounded out by guitarist Eric Blackway, bassist/vocalist Tyler Greene and drummer Jon Finney – and their core message, continuing to place their fans first, and wanting to do all that they can to help improve their quality of life. “I want people to understand the symbiotic relationship between a band and its fanbase and I want them to feel like they’re along for the ride with us,” Torres states. “We are a band that is built on the foundation of endurance and perseverance, and nothing we’ve accomplished has been easily accessed. I want our fans to know that the reason we are able to live this dream is because they continue to support us and allow us to do so, but most of all I want them to understand that whatever it is that nurtures their soul can also be obtainable if they strive for it and believe in themselves.” Xhelili expounds on this, noting “As individuals, it can feel hard at times to find our own identity and our individual greater purpose. It all may feel rather heavy and bog us down constantly. However, we are here to take a stand and try to rise above all of that and be a respite for all of the darkness around us, as a shining light.” The casual listener also might be unaware of the interconnectedness of Awake At Last’s releases, with Torres explaining that there’s a deep-rooted storyline following a character on their journey through multiple lives.The Change in fact serves as a direct sequel to Life/Death/Rebirth. “The being who experienced the afterlife in Life/Death/Rebirth is reborn into a new vessel in The Change, but in order to interrupt the endless cycle of life and death they’ve been going through they attempt to imbue their new vessel with all of their cellular knowledge. They believed that by doing this the vessel in The Change could bring about a great revolution in the world and finally end the process so the soul may finally rest. What happens next is yet to be determined.”

The album was produced by Kile Odell of Failure Anthem and Josh Landry in Greensboro, NC, the energy and the dynamic of the team essential to shaping the record into its finished product. With Xhelili admitting the pressure of making a full-length was nerve-wracking, he also claims that this nervous energy helped them nail it down. “We all were striving and yearning for this to be the biggest and best album it could be and we all walked away very proud and satisfied with the end result.” For Torres, the process was not an easy one, the sessions taking a toll on him, having his lyrics chopped and changed by the production team after extensive demoing not something that immediately sat well with him. “It was hard fought but after all was said and done I’d learned so much about taking many words and turning them into poetry, and I believe the sessions made me a much better musician and songwriter. After some push and pull I think the compromises made created the perfect record and I think you can feel some of that struggle in the music, but also feel how to get through it.”The Change also marks the band’s transition from a fully independent band to one partnered up with Outerloop Records, which is a landmark event in their story. This partnership has allowed the band to make the album they want, and having the backing of a label will allow them to spread their music far further than they could with previous releases. “They believed in the vision we were striving for and we signed with them for this record to see the vision come to life,” explains Torres. “It is a bit of an adaptation process when you go from being completely DIY and independent to having a team behind you, but overall it’s really cool to be able to bounce ideas off of multiple sources and work with some amazing people who want the same thing that we do.”

As they continue to build momentum, the quintet’s ambitions remain true to their original aspirations: wanting to establish an even stronger connection to their fanbase. “I want to create a movement where individuals from all walks of life can come together and support one another as we continue to evolve and make changes in order to pursue fulfilling lives,” states Torres. Given the demons that had to be battled and overcome to reach this point it’s unsurprising how eager they are for people to hear what they have achieved. “This is the moment we’ve spent years working towards and these are by far the strongest Awake At Last songs we have written,” says Xhelili. “I feel proud of every single song that made the record and there is no filler. This is an album the fans can listen front to back and be immersed in the underlying concept and themes that tie it all together.”