“The Skeleton Man has been a passion project for us for the last two years. We wanted to build an action/adventure story with high stakes, but that still has universally relatable themes and ideas. Musically we wanted to write a coherent record without any confines to our genre, or the styles we’ve made in the past. We just wanted to be free to take our sound in any direction we wanted, and to try and build an album that will have something for everybody. We also wrote recurring motifs throughout the album that reflect the character’s growth as they change. Trying to make the album feel smooth and coherent, while still leaving the listener in a totally different place then where the album starts.” – Austin Durry – Vocals

“Growing up my mother told stories of her schizophrenic father (my biological grandfather) – stories of sudden outbursts of unstable rage, that all culminated in a kidnapping and hostage situation, 20 years in prison, and eventually his suicide. I only met him once as a young child, but I’ve always had a lingering fear that I could have the same mental illness in me. I think that fear played a heavy role in inspiring this song. We wanted ‘Strange Days’ to feel like a steady descent into madness. The first verse starts off with a steady jam, but with an unseen, underlying darkness, until the stability unravels into the hard-hitting chorus. The second verse returns to stability, but now with a suspicious twist, until the second chorus hits and takes off into complete mayhem, suddenly snapping down into the creeping darkness of the bridge. We incorporated lots of weird sounds into the bridge: like rustling chains; heavy, metallic breathing through the trombone; and scraping the tops of cymbals; this all around the growing instability of one guitar string slowly being bent up and down. Eventually this leads to a short-lived breath of relief, until the final chorus steps in, now fully unhinged”, – Austin Durry 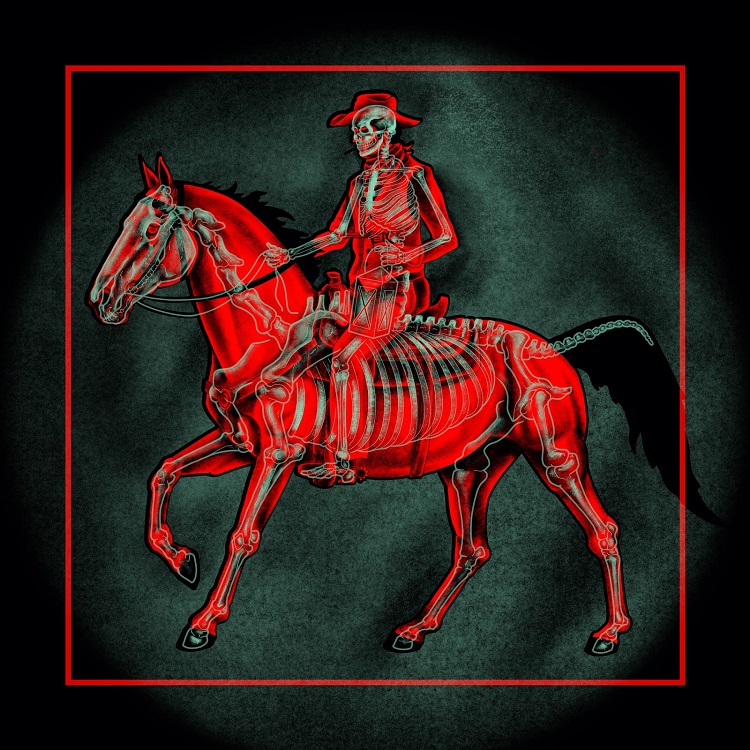 Coyote Kid will also be hosting a real life treasure hunt to find “The Golden Skull of the Skeleton Man”.

“We’ve hidden a life size golden skull statue somewhere in the US. The first person to find it gets free shows for life (When applicable) and a merch bundle of all of our releases. To find the coordinates you’ll have to decipher the secret code hidden in the album. As soon as the album drops the hunt is on.”

Cinematic is the word most often used to describe Minneapolis based Coyote Kid’s sound. Precise yet primitive jungle drums set the stage for the eclectic and powerful ensemble to sweep you away into their haunting world. Like oil and water, Durry’s true grit voice alongside Cassandra’s crystal clarity form a stirring, yet beautiful contrast. All being thrusted foreword by shimmering spaghetti-western guitars, growling base, and soaring brass. Their lyrics paint a thrilling picture of monsters and ghosts, murderers and thieves, love and guilt, and everything in between. Previously known as Marah in the Mainsail, Coyote Kid has been earning their stripes and touring the US and Canada since 2015, slowly carving their unique place between genres in the music industry.