Saints of Destruction formed in September 2019. Comprised of good friends Marc Adam Kahn, Brian Radick, Kevin Somerville, and Chris Cwikla, the Saints are bringing unapologetic, hard-driving rock n roll back on the scene. Influenced by bands like Van Halen, Def Leppard, Iron Maiden, Jane’s Addiction, Nirvana, and Soundgarden, the Saints of Destruction became fed up with the monotonous, auto-tuned, squashed mainstream rock of today and decided to go a different direction. With lyrical content consisting of anti-pop culture references, the Saints highlight ideas central to taking a stand against excessive media and political control, social and celebrity elitism, compliance culture, and general conformity that is strangling us all right now.
Rock n roll has lost its antagonistic flare. It’s supposed to be about youth rebelling against the system. Not taking the safe move and conforming to lame corporate standards. The Saints of Destruction grew up being inspired by rebel artists like Perry Farrell who didn’t give a shit about fitting into an industry model. Instead, they did exactly what they wanted and fought for individualism.
YouTube Video -“DREAM OF PAIN”
“We wrote “Dream of Pain” and two other songs the first night we got in the rehearsal room in September. The verse and chorus came out instantaneously with the lyrics pretty much intact. This was all pre-pandemic and we all looked back to September saying oh shit we wrote these semi predictive songs. One
could interpret certain parts of it being akin to our current situation but it was loosely written about a totalitarian turned regime. Essentially about two idiotic sides fighting while zombies sneak in and wipe out everyone. So maybe we’re in for that next but hopefully the zombies are the slow ones, not World War Z.” – Saints of Destruction
Next up is another single and a 5-song EP titled All Hail The Saints dropping end of summer. 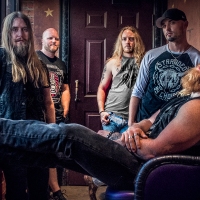 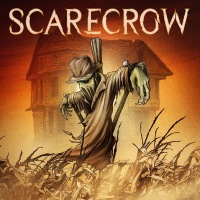