MM: Thank you Gary for taking some time with us. Congratulations on the new album ‘National Trash’ and the single/video “Today I Ride Alone”. Is the single a reference to where Gary is at today musically? As you have been the frontman for other bands in the past.

Gary Hector:  Thank you and thanks for having this chat with me yea…

That reference would be the simple, easy, short answer, and also a correct answer.  As I’m no longer in a band. But I’m also no longer in a few situations, like any music scene at home and my work at home is done so I’m riding away. Or even much more.

MM: Why did you decide this particular song, “Today I Ride Alone” would be your first release from the album?

Gary Hector: I wrote the song in the middle of the others during the songwriting sessions.

I had the title written down but had to get at it. Once completed, I was very certain it would open the album. When I heard the final mix of it with that haunting steel intro, it was confirmed as the opening song.

I would have loved to buy an album and put it on and that’s the first thing I hear.

MM: The single certainly tells a tale but so does the album as a whole. Talk to us about the album.

Gary Hector: Yea…I really only write when I want to record an album, and a huge catalyst for me is when I come up with the album title, in this case, NATIONAL TRASH, then sort of workaround that theme.

There are some tales in there disguised as songs. Putting the track order together, I used the type of movie sequence where the movie starts in the present, goes into the past, glance at the future, and keeps weaving in and out.  The title is very loud. Could be me putting me in my place.

MM: Who did you work with on production?

Gary Hector: Another first for me is the way this record was made. Remote recording and all that.   I worked with Martin “ Mice” Raymond here in Trinidad to record my acoustic guitar and vocal, and yes that’s me on tambourine.

My recording files then went to Kansas to Sean Adrian Bartholomew, a close friend, Trinidadian born, and also the producer of my first single way back in 1991.  So, lots of what’s app discussions, but he knows me inside out. Then the only two other sounds I wanted on the album were Pedal Steel guitar and female country vocals. That took some finding but got lucky with John Heinrich on steel and Nikki Nelson on vocal, both from Nashville Tennessee.  I just had to believe and trust the process and Sean took care of all the editing and final mixing with some cool ideas thrown in.  Everyone played a huge part and kept believing in the project. As simple as it was. That was really the trick. How to avoid NOT keeping it simple.

MM: With “Today I Ride Alone” didn’t you connect with some other vocalist from Nashville?

Gary Hector: She is an amazing singer called Nikki Nelson, a very cool person also. I’ve never “met” her or the steel player John, but I’m eternally grateful for their efforts.  She is on eleven of the thirteen songs on the album. The song “You only got one “features Nikki as a duet.  I had to have a duet after listening to all that Gram and Emmylou, Hank and Anita and Porter and Dolly.  I wanted that genuine country sound around my thing.

MM: Gary what instrument do you fancy most using when writing?  Please include a photo of the instrument you use for writing.

Gary Hector: Well, I can only hardly play one instrument, which is the guitar, so I always write songs on the guitar.

I also only write songs on acoustic guitar. I used a beat-up old Yamaha acoustic I always have on a stand in my living room. It’s seen some wars; it even fell during the writing sessions. refused to tune up properly for a day.  It’s got a permanent crack on it from a brick falling on it during an earthquake.

MM: Would you consider yourself to be a singer/songwriter?

Gary Hector: I guess so. I sing (sort of) and I write songs.  Even if that tag “Singer/Songwriter” was music industry language for the early seventies era of James Taylor, Carole King, Jim Croce, Don McLean.

All I know is I write songs, try to record them, and hope people hear them.

MM: With each song written, do you sense your writing abilities become easier, or is each time like its starting over point?

Gary Hector: Not sure if it’s easier, but it’s not harder. I give songwriting lots of respect. I don’t play around or mess around with it. I don’t abuse it or take it for granted. And I can only imagine it’s very different with some similarities for other songwriters. But I do need very very quiet surroundings with nobody around. that’s just how it’s been for the past thirty years. In bands, I would just bring that basic framework and let everyone else do their thing.  This time was just the same framework sent into cyberspace. What I did this time was try to create an atmosphere of writing and recording songs for the first time.  I had to get back there to do this solo ride.

MM: If you were to give life, as you have observed it so far, a note what would it be?

Gary Hector: “Yo Life…what’s this pandemic shit about ??… come on “

MM: What’s coming up next Gary, what can we expect?  Have tour dates and next releases been announced yet? And we would love to speak with you again soon.

Gary Hector: Really no plans right now but plotting. The album just came out and I’m just trying to get it around.

In the real world, all that would be the plan of record, release, promotion, tour.  Sadly, I’m on my own so it’s putting the pieces together one by one. I am hoping to secure a Vinyl Record release deal in the near future, and if any demands or logic for a tour comes around, I could consider it then.

Or maybe I just hit the road as a troubadour.  Thanks, and it would be cool to speak to you again. Big thanks and blessings from Trinidad and Tobago.

Find Out More About Gary Hector 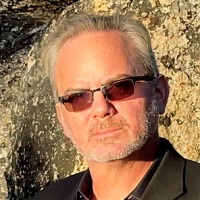 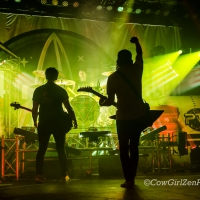