JEFFREY NOTHING, former vocalist of industrial metal band MUSHROOMHEAD, has released the official music video for his newest single, “The Outage.” Directed by Ian D. Sniesak and edited and shot by Jon Conner of A Hole in the Head Productions, with assisted videography by Thomas Church and Aj Taranto, the dark music saga features former members of MOTOGRATER and SKIN alongside the legendary front-man as well as former MUSHROOMHEAD guitarist, Thomas Church. “We all come with an expiration … END_OF_DOCUMENT_TOKEN_TO_BE_REPLACED

Platinum selling International recording artists STATIC-X’s highly anticipated PROJECT REGENERATION VOL. 1 hit retailers around the globe on July 10th and quickly hit #1 and #8 on iTunes. The album was #1 most added at metal radio last week and the album was also featured on the cover and #1 on Tidal’s Hybrid Theories playlist and was named “Metal Album of the Week” by Deezer. The band has also released the official music video … END_OF_DOCUMENT_TOKEN_TO_BE_REPLACED

Goth Industrial Rock Band DEAD GIRLS CORP has released their new album, Bloody Noses and Hand Grenades, introducing the brutal 12 track LP with the release of a lyric video for the single “From the Bottom” as well as an official music video for “Dead Girl.” Out now via Monsterman Records/ EMP Label Group, Bloody Noses and Hand Grenades is available on digital and physical formats. Dead Girls Corp. represents the goth … END_OF_DOCUMENT_TOKEN_TO_BE_REPLACED 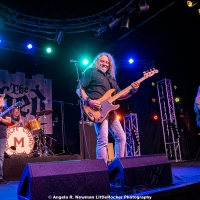 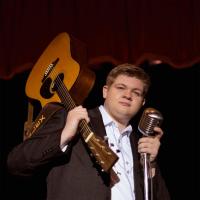