Warren Haynes has recently released a solo album featuring Railroad Earth titled ‘Ashes and Dust’ that was released on July 24th of this year. Haynes is best known for his role as guitarist of the Allman Brothers Band and founding member of Gov’t Mule. Warren Haynes’ smooth vocals excel in his most recent album with a touch of Americana and is a master on the guitar with the … END_OF_DOCUMENT_TOKEN_TO_BE_REPLACED 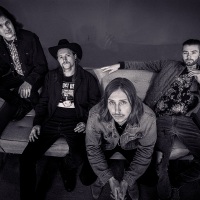